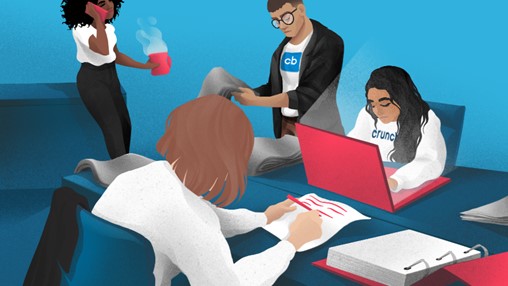 Here’s what you need to know today in startup and venture news, updated by the Crunchbase News staff throughout the day to keep you in the know. Darktrace shares soar in London IPO Shares of British cybersecurity company Darktrace surged in first-day trading in London Friday, with the stock up as much as 43 percent in initial trades. The Cambridge, U.K.-based company priced shares for its offering before trading commenced at a valuation of around $2.4 billion. Founded in 2013, Darktrace uses AI to detect and respond to threats in companies’ IT systems. Previously, the company raised at least $230.5 million in known funding, per Crunchbase data. — Joanna Glasner Funding rounds Mux raises $105M for video streaming: Video platform Mux has raised a $105 million Series D, bringing its valuation above the $1 billion mark. Mux’s technology helps developers build live and and on-demand video streams, something that became more popular during the COVID-19 pandemic with many people staying home. The round, which was led by Coatue, brings Mux’s total funding to $175 million. –Sophia Kunthara PortalOne picks up $15M for hybrid gaming: PortalOne, a startup developing what it describes as “hybrid games,” combining gaming and TV, raised $15 million in a seed round backed by a long list of investors, including Founders Fund, Atari, Twitch co-founder Kevin Lin, and Coatue Mangement. Founded in 2018, the company, which operates offices in Oslo, is looking to popularize a new category of entertainment that mixes games with live shows that are embedded directly inside the games. OnLume Surgical raises $7M Series A: Madison, Wisconsin-based OnLume Surgical, a medical device company developing novel imaging systems for use during surgery, announced the completion of its Series A funding to assist its plans for a commercial launch. — Joanna Glasner